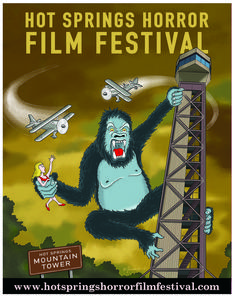 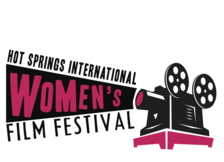 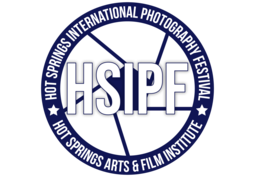 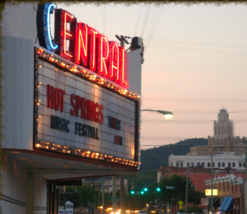 and the Hot Springs Arts & Film Institute's
mission is to inspire, educate, & promote talented artists &  filmmakers both locally and around the world.  HSAFI provides opportunities for networking, exhibition, education, and screenings through film festivals, workshops and seminars. Together with the historic Central Theater, HSAFI  provides a unique venue for the public to experience films on the “Big Screen” often with the filmmakers available to answer questions and share their insights with the audiences.
_____________________________________ 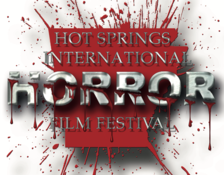 Our volunteers get some great perks. Besides the free popcorn and admission to some of or shows, you will get a chance to work with experienced film & television producers, directors & actors and learn by participation. If you are interested in finding out more about volunteering please fill out the form below.

What they are saying about the

What a great weekend of networking and screenings and sharing our love of filmmaking!  We came away from the Hot Springs Horror Film Festival feeling like we suddenly had a much larger family. Can't wait to get back!!"


“I have been a guest speaker at many, many film festivals and I gotta tell you all, The Hot Springs Horror Film Festival 2013 was !!@!$&!!ing fantastic. I had such an awesome time. Every short film and feature were of the utmost quality and so much fun as were the Filmmakers with whom I made lasting friendships.  I can't say enough about the fantastic hosts. the incomparable Tamara Glynn and the always gracious and organized Bill Volland. I cannot wait for October to see everyone again.”


“Hot Springs Horror was one of the festival highlights for “An American Terror”. Although we screened at many festivals, very few reached out to us in the personal way that HSHFF did. It was a refreshing dose of humanity in year of often impersonal interactions. They had a great line up in a fantastic environment.”
“An American Terror has amassed 13 awards from 9 different festivals, plus another dozen nominations. Although we are still fielding distribution offers, the film’s success has opened numerous doors for future productions. The future looks very bright for our team.” Thanks for everything!